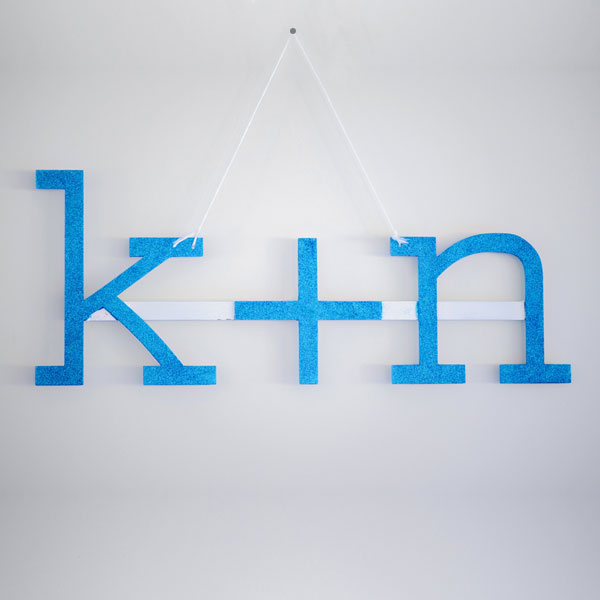 Beautiful custom steel wedding monogram that matches the wedding logo.  Letters were individually cut and welded (in the back) to a piece of flatbar; and two holes were included for mounting. 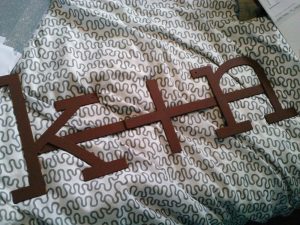 Everything was primed and later customized to match the wedding colours.  The flatbar was painted white, and the letters were painted blue (sparkles were later added). 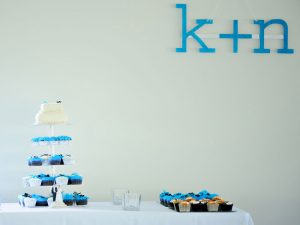 During the wedding, the monogram was hung behind the cake table and was a great backdrop for the speeches. 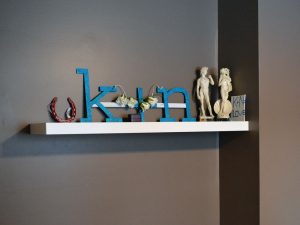 After the big day, the monogram was used as décor for a shelf… 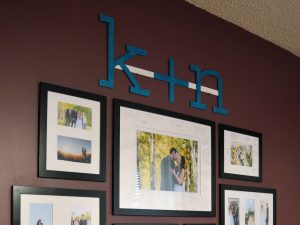 And was later mounted on a gallery wall with photos from the wedding (and the signed “frame mat” guest book).